Craig Carton, host of WFAN’s radio show, “Hello, My Name is Craig,” recently attended Algamus to treat his compulsive gambling disorder. Over the weekend, he sat down with Algamus founder, Rick Benson, to discuss Rick’s past with gambling, and how he went on to start Algamus, one of the only gambling-specific treatment centers in America.

Listen to the audio recording of the interview here.

Before we get to the Algamus part, I don't know your entire story. When did you start gambling? And if you don't mind sharing with us, how did your gambling addiction manifest itself?

I started gambling probably as a youngster, flipping baseball cards, but my gambling really started to escalate when I was in a boarding school in New Jersey. I grew up around the bridge table, my parents were both expert bridge players. So I found the best bridge player on campus, (I was probably the second best bridge player on campus), and we decided to go about taking the money from other students who couldn't play bridge as well as we did. We did pretty well with that.

I put it down for a little while, and when I was 24 years old I started going to the race track. One of the very first times I went there, I went with a buddy and I didn't know how to exotically wager, meaning perspectives, objectives, trifectas, et cetera.

He said, “pick a number.” I picked three, he picked six, I got paid $376.40. Notice that I'm recalling that like it happened five minutes ago. It was the big win that hooked me, and within a month I had resigned my job. I had bought books on thoroughbred handicapping and I started as a horseplayer into what was early on in the winning phase of the addiction.

Did you say that to hide what you were doing to try to make what you do more acceptable to other people if they caught you doing it, or what was the actual mental reason behind it?

I believed it. I believed that I was a professional gambler as evidenced by the fact that less than six years later, I had moved to Vegas. I had taught myself to be a card counter blackjack player. And what I did for a period of almost five years was I gambled every day and I did whatever it took to sustain myself in terms of the gambling.

Obviously, there is a period of great wins, and there's a period of great losses. Was there ever a lengthy period of time where you were winning enough to support a lifestyle, to pay rent mortgage, et cetera, where you actually delivered on your self-proclaimed title of a professional gambler?

To some extent, yes. However, I had a gambling “mentor” who, when we partnered up in the gambling, said, “you're about to go on a major rollercoaster ride with tremendous peaks and valleys in what we're about to do here. So what you need is a woman who goes to work every day, who will pay the rent and pay the automobile insurance and pay the utilities in the month when you can't do that. He was right - I did that and she did all of that. And ultimately, obviously I lost that relationship.

So Rick, you were out there for five years, and I imagine there had to be some type of major cataclysmic event that brought you to your knees. Am I right on that?

Absolutely. It was what we used to refer to as “wildcard weekends,” and that's when over the whole weekend we played four wildcard games. I lost all four games, I owed affiliated bookmakers a lot of money and I didn't have any. My significant other had placed the Gamblers Anonymous hotline number next to our telephone six months earlier, and I used to look at it and laugh every night when I called my bookmaker. Well, now that the number was sitting there, I was really jammed up and I went to my first Gamblers Anonymous meeting.

The first time I went to a meeting, I tried to find the most out of the place, smallest town, worst time possible. And I went there really to get people off my back, to make people think that I was taking ownership of it, that I felt I really had a problem. But in reality, looking back on it, I think those first few meetings I went to were more about other people and how I wanted them to view me than they were about me, really going to get help.

There was a reason, I assume, where you said “I'm not going to do this to pay lip service to it. Let me do it because I acknowledge that I have a problem and I need help.” What was that moment?

I remember the night that the light bulb went on, so to speak. I remember sitting in a meeting and realizing that my life was going to continue to be a mess if I continued to gamble, and that somehow I had to figure out and get the help that I needed to stay stopped a day at a time.

Because prior to that, I had sat in meetings for a long period of time, and I had two thoughts that were 180 degrees apart from each other. I'd look around that room, and I would say to myself, “this is a really sick group of people, and I'm not nearly as sick as they are.” But the second thought was worse. The second thought was, “I think this GA thing can help these people, but I think I'm a lot sicker than they are. And I don't think it'll work for me.” I had to get rid of both of those ideas and come to a place to understand that I was no better than, or no worse than any other gambling addict.

I didn't take ownership of having a problem until I went to my first Algamus meeting. There were about maybe nine or 10 other adults, both men and women. And when they went around the room and each person described what their game of choice was and how they processed it emotionally and mentally, it was like they stole those feelings out of my soul and out of my mouth. And it was only at that moment that I said, “wow, they are like me.” The amount of money is irrelevant, the game is irrelevant. All these people, these strangers from all across the country, took every word and every feeling away from me, almost like they read a script that I wrote, and it made me realize I have a problem. But until that moment I denied it.

How hard was it to then start a therapy and rehab business and what was the impetus to do it?

So it all happened without a specific business plan. In 1992, my mom died. I'm an only child, and I figured I need to take care of my dad. So I buy a duplex, and I wind up with a six bedroom, four bath, total duplex, and I carve out an apartment for my dad, and I’m left with five bedrooms and three baths.

I was going to AA meetings at the time because there were very few GA in Southwest Florida at that time. So alcoholics new to recovery are coming up to me and saying, “do you have a room to rent?” All of a sudden, I'm running an alcohol halfway house.

Now my friend, Arnie Wexler, says to me, “why don't you convert it to all gamblers? There's no place like that in the country.” And I do that. Then Paul Ash says to me, “why don't you go back and do the training that you need to do to become an internationally certified gambling counselor? Because you seem to like doing what you're doing. Then you can offer modestly priced gambling treatment, because there's really no place in the country that's gambling specific.” I went and did that, and that’s how it all started.

Wow. So you did it and it's become your life's calling. Is running a center like that and being intimately involved, is that therapeutic for you all these years later?

Very significantly therapeutic, although much more so in the first five years that I was running the program, because every time a new person showed up and they'd tell their story I would sit there and I would have this thought process. All this devastation, all the anger and all the fear and all the emotional pain that they're feeling right now, I can have all of that back - all I have to do is make another bet. I would tremendously feel that I was letting my clients down if I made another bet, because I'm hopefully an example of the ability to do some fairly quantitative recovery.

That drives me too actually. I do find that since my story is so public, that there is a part of me that feels this responsibility to everybody out there that is trying to get help, that I can't falter because if I falter they're gonna falter. And maybe that's still a little bit of my ego, I suppose, in that regard. But it is a driving force for me that I don't want to mess up because I want someone else out there who might look up to me or view my story of redemption as something that helps get them through the addiction, to know that you can get through it and have a life on the other side of it.

Now at the same time, since I am working in the industry and being a recovering gambler, I still have to be mindful of my own recovery. I can't let my daytime work become a substitute in total for my own recovery.

Algamus, frankly helped save my life. So as you know, I'm a big fan of yours, and a proponent of the type of a therapy you guys deliver and believe in. If there's someone out there that either thinks they have a problem or thinks that they have a loved one who has a problem, and they want to reach out to your staff just to chat at first, to see what it's all about. How do we get people in touch with you? 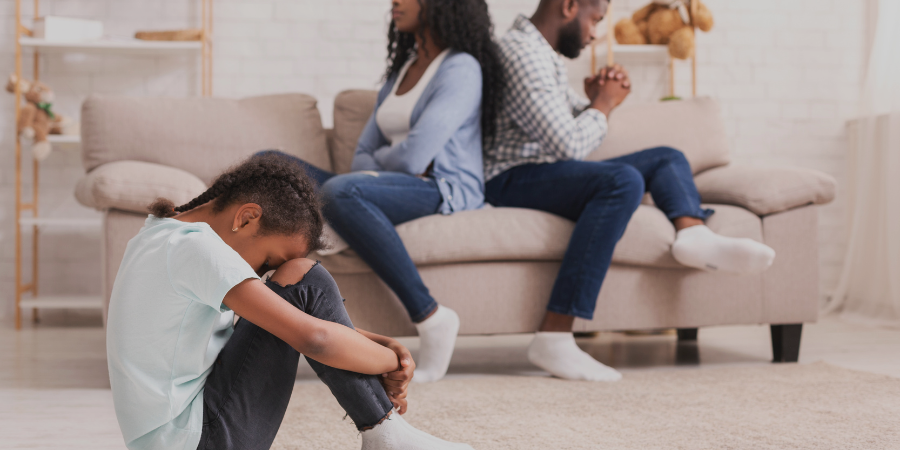 Effects of Gambling Addiction on the Family 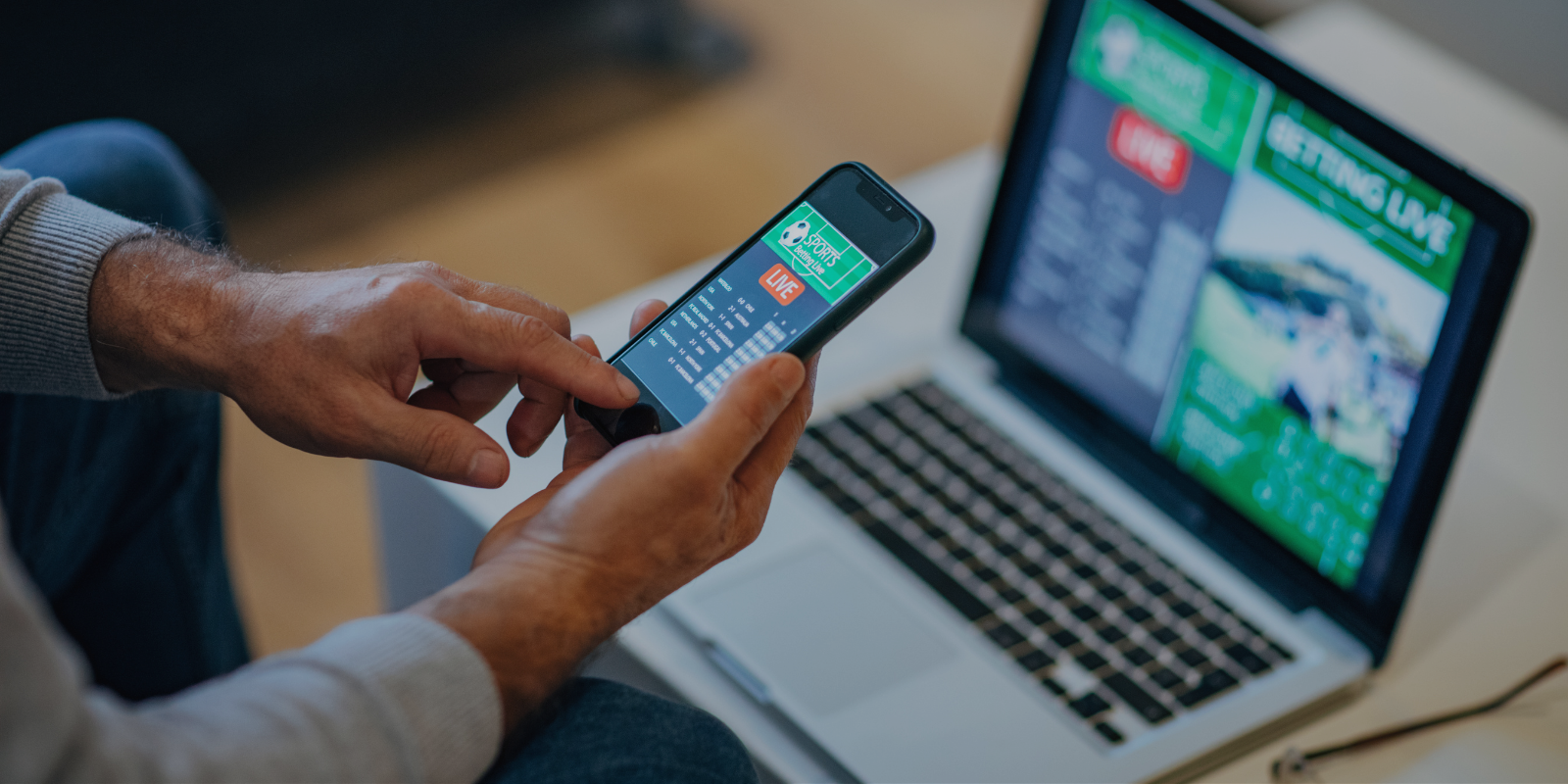